The company is owned and operated by Grant and Greg Dainty, third generation HVAC technicians.

Over the years, TWINTECH has developed an outstanding reputation for both the quality of our installations and high level of customer service in the Greater Toronto Area and surrounding areas.

TWINTECH recognizes the need for crucial preventative maintenance and repair of residential HVAC systems, and as a result, our company has gone to great lengths to bring together a highly trained service team whom our customers can count on during any heating and air conditioning emergency.

As a TWINTECH customer, you can rest assured that with any visit to your home comes with riendly, professional service and over 30 years of reliable, knowledgeable expertise. 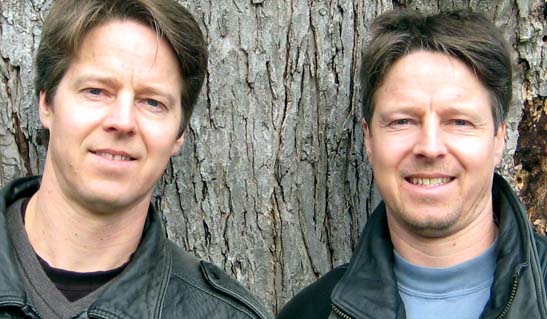 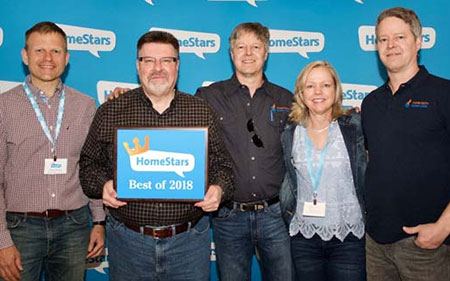 Grant and Greg owe their business prowess to their grandfather, Tom Rodman, who perfected his skills in the sheet metal trade while working at the General Motor’s plant in Oshawa before founding his own business, Rodman Sheet Metal, in 1949, during a time when sheet metal fittings were still produced by hand. Tom and his staff are responsible for the installation of hundreds of oil furnaces and duct systems in homes that were built across Ajax, Pickering, Whitby and Oshawa during the 1950s and 60s. Rodman Sheet Metal was eventually renamed to Rodman Heating.

In 1972, Greg and Grant’s father, Ron Dainty, a certified Tool & Die Maker, joined the Rodman Heating team as a sheet metal apprentice. Ron expanded his skill set to include an expertise in oil and natural gas furnaces and central air conditioning. By 1975, Tom was ready to retire his tool belt, and handed the reigns of the business over to Ron. Under Ron’s leadership, the company was once again re-branded, this time to reflect their new service offerings – Rodman Heating & Air Condition

Curious as youngsters, Greg and Grant grew up immersed in the family business. During the late 70s, they worked part-time as summer students alongside their father. After graduating from college, the twins both took on full-time roles in family business, taking advantage of hands-on learning in every aspect of the heating and cooling business. From the sweat and toil of the sheet metal shop producing custom ductwork by hand, to the installation of furnaces and air conditioners, to answering the phones and going on late-night service calls, they could do it all.

When it was Ron’s turn to retire and sell the business, Grant and Greg decided to translate their hands-on experience into a successful brand of their own, and so TWINTECH was born.

With over 30 years of experience under their belts and an unparalleled reputation for delivering superior service, TWINTECH has been able to develop and maintain the long-term customer relationships that make them the envy of the industry. 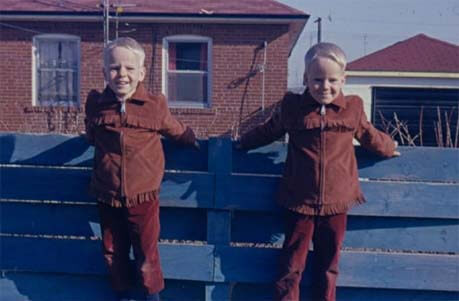 Our house is over 22 years old and I had been researching furnaces and A/C brands for a while and thought it was time to take the plunge. After calling three different companies to come in and quote the job, this one won me over. From the first visit from Dave all the way to the end of the install by Greg, Grant, and Piotr, I was glad to have picked this company. Dave was very knowledgeable and really took the time to explain what kind of quality installation I was going to get as well as showing me some of their previous work and certificates. I was also surprised at how quick the installation took and how nice everything looked afterward, I mean it's only a furnace right? They even re positioned the furnace so that I have easier access to my filter and humidistat, awesome! If you are looking for a company that cares about their customers and is proud about the quality of work they do, along with a great and competitive price, then stop right here because you found it.

I needed my AC unit relocated due to upcoming landscape work. I reached out to the Twintech team through Homestars. Dave connected with me immediately to discuss the project and various options. We decided the best option was to mount the unit on the wall. Greg was in touch with me the same day as well and we scheduled the work for later that same week. This was a small job so I did not think I would get immediate attention. The Twintech team exceeded my expectations in every respect. They were very knowledgeable and friendly. The team arrived exactly on time on the scheduled day and worked efficiently to get the job done quickly. I would definitely use Twintech again for any Heating and AC projects.

Very professional, from the sales consultation and inspection to the final installation. Met every expectations we had for the job. A local business with great client support. We highly recommend. Twintech is a blue chip! Thanks!