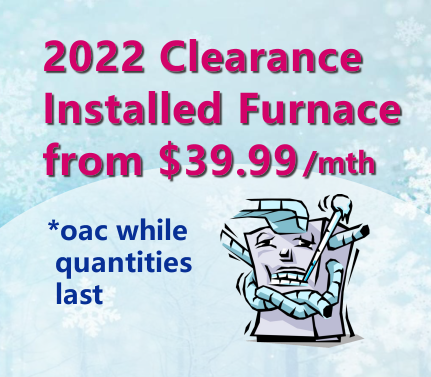 [BACK]
PSC vs. ECM Motors: Know Their Differences

The heating, ventilation and air conditioning (HVAC) industry uses a variety of motor technologies in its equipment. Historically, the two predominant motor types have been permanent split capacitor (PSC) single speed motors and electronically commutated motors (ECM) with variable-speed capability. HVAC professionals understand the key differences between these motor types. This article aims to share those differences to you today.

For many years, PSC single-speed motor technology has been the standard in the HVAC industry. It represents the highest installed base.

PSC motors are considered single-speed (speed refers to rate of rotational motion) because they have no internal controls that can be programmed automatically to vary the rotation of the motor over an operating range. In order to make PSC motors more flexible for various applications, speed taps are included to allow the mechanical contractor to manipulate the motor’s speed to ensure that the correct amount of airflow is delivered. There is, of course, a limit to the amount of static pressure the motor can handle, so it is important to keep in mind the optimal performance and safety. As static pressure increases, a PSC motor’s performance tends to drop off because it cannot adjust torque or speed.

Because of its design, there are some disadvantages intrinsic in PSC motors. They are less efficient than other motors because they consume more watts. They are not ideal for continuous fan operation because since they run close to full speed, they use more energy than what the function requires. This also makes them less attractive for other continuous filtration applications. They are also the least quiet among the motor technologies. They do not offer customized airflow patterns that are often critical when it comes to managing humidity.

ECM technology is based on a direct current (DC) design that is more efficient and it runs cooler than AC PSC motors. They are, in fact, approximately 80% efficient compared to the 60% efficiency rating of PSC designs. ECM motors are programmable. In the case of a failure, the control or the motor can be replaced without having to replace the entire unit. They are also designed to run over a wide range of speeds, making them ideal for delivering airflow in a multitude of system designs. They also draw the least amount of watts, making them the most efficient motor technology. They are also the quietest among the motor technologies since they have the ability to ramp up and down slowly, making them ideal for certain applications with noise concerns.

When it comes to disadvantages, ECM variable-speed motors come at a premium cost.

To see the difference in performance between the two types of motors, check out this chart:

See What Our Customers Are Saying:

by Cibele Ceroni on Twintech Heating and Cooling
Great Team!

by Jackie Graham on Twintech Heating and Cooling
I used Twintech to install a new furnace for my home.

I used Twintech to install a new furnace for my home. Bob was terrific in explaining the sizing options and why the 2 stage furnace was the best option for me. Greg did a great job installing, clean and on time. Finished work looks great but the best part is how it works. The 2 stage heating is so much more comfortable. I run the fan continuously to keep the indoor air clean. Great investment! Would highly recommendTwintech!

by Anthony Silva on Twintech Heating and Cooling
Im going to start this by saying Im a very particular customer.

Im going to start this by saying Im a very particular customer. My background is in mathematics and mechanical engineering so I have an eye for detail and a respect for technical knowledge.
Greg had already done an AC inspection and replaced a water heater tank and there was no question in my mind who to deal with replacing my rickety old furnace after it got pooched.
Bob dropped in ahead of time and clearly (and knowledgeably) outlined all technical, price and operational options.
Greg showed up on time, on the agreed date and did a fantastic job. (The OLD furnace was a house of horrors and was installed in a keystone cops sort of way- careless.)
The work Greg did was HIGHLY PROFESSIONAL and FAR MORE FUNCTIONAL than what I had.
Im also a musician with many instruments so maintaining predictable humidity/temperature is extremely important to me. Greg recognized this as did Bob. You NEVER feel like youre being brushed off.
In summary, if youre looking for PROFESSIONAL, QUALITY results by an EXPERIENCED, THOUGHTFUL team
(that also happen to be FRIENDLY and ATTENTIVE ) then youve come to the right page!!

by Karen Morgan on Twintech Heating and Cooling
Once again Twin Tech came through and fixed my furnace.

Once again Twin Tech came through and fixed my furnace. A young man by the name of Mitch came by tonight and he was so nice explained everything he was quick he was clean he turned off the lights even when he left the furnace room its just above and beyond Twin Tech always delivers and I just found out about them last year and I will use no one else but thanks again Mitch you are fantastic

by Richard Liu on Twintech Heating and Cooling
I had a problem with the Furnace (Armstrong ultra V) and Greg diagnosed it on the phone.

I had a problem with the Furnace (Armstrong ultra V) and Greg diagnosed it on the phone. Even told me what the issue was and I was able to fix it. This level of service from a Business that is almost unknown today.

If you require service, reach out to Greg. I will definitely use them in the future!

by Tony Forde on Twintech Heating and Cooling
We have been shopping for a heat pump for our home.

We have been shopping for a heat pump for our home. We had 3 reps come in and make recommendations and provide a quote. Of the 3, Bob was so clearly so much more qualified, thorough and informed than the other two that the decision was a no brainer. As soon as we get our audit results Twintech will be installing our heat pump.

knowledgeable sales person, did not try to up-sell unneeded features,
and was easily contacted to ensure customer satisfaction.
Installation was expertly done by friendly guys, everything explained for use of the products. Old products were removed and returned to rental company as part of the service. Follow up call was received to check all was well. This is my second time using this company as I was fully satisfied with my previous air conditioning unit installation

Twintech recently installed a new furnace for me. Bob did a great job assessing what I had and needed. All details well explained including the importance of proper sizing of furnace and the value of multi stage heating and the variable speed blower. As a nurse, indoor air quality is a high priority so the variable speed motor running continuous is so good. 24/7 air cleaning. Greg did a great job on install, attention to detail so appreciated. Already notice such an improved comfort and heat. Thank you Twintech! You come as advertised. I will recommend to anyone in need of heating or cooling!

by Walter, Whitby on Twintech Heating and Cooling
Great Service, Great Furnace And A/C - Cant Get Better Than That

We received various quotes from 4 different companies and right away, the prompt and thorough communication from Bob from TwinTech stood out. He introduced himself, sent sample sites and information, and always confirmed any agreed to dates and times.

Bob was friendly and extremely knowledgeable about the topic of HVAC and it was clear he was passionate about his profession. He approached the job as if he was installing in his own home.

Prior to the new furnace & A/C installation, our old units were loud and inefficient - having several rooms feeling too cold in the winter and too hot in the summer. After installing the recommended units, all rooms stay at a consistent temperature- even the finished basement.

I highly recommend the TwinTech team - just an outstanding job at a reasonable price point.

The experience with Twintech was great from the start. Bob the sales manager was friendly and professional and did not use any pressure tactics. He was very knowledgeable.
The installation was completed by the twin owners in about 6-7 hours. Clean quiet easy going didn't mind when I poked my head in to see progress. Highly recommend